Who is One Sinner

Who is One Sinner? I am a man who was born into a world of sin. My parents were very young when I was born. They had many issues as a young couple and I was exposed to these issues at the very beginning of life. By the age of ten my parents were divorced and I was passed back and forth like a football. I was raised in a small town until the divorce. My mother moved to the city to start a new life. This was a hard transition for me and my five year old little brother. I was a small child and I was bullied and beaten up on a regular basis. I learned it was better to fight back than it was to run. Bruises heal, the thought of being a coward hurt me much longer. I learned how to fight and I learned how to use four letter words at the age of ten. Soon my mother began to date a married man and things started to get better for me and my brother. When I would spend time at my father's house on the weekends, I would see woman after different woman come through his bedroom door. He loved his beer and his women. This was my life as a young child. I was exposed to sin and I thought it was the way I was to live my life. Don't take this wrong, I loved my parents and I still love both of them. I praise God each day that they have changed their lives and they now follow Jesus.

At the age of thirteen I had my first beer and it started a problem that took me many years to overcome. By the age of fifteen I was drinking all the time. The day after my sixteenth birthday I had sex for the first time with someone that I just meet and it meant nothing to me, but it was the start to one of the hardest things for me to control. I desired it as if it were a drug. I started dating the most beautiful girl in school and I feel in love with her. We had sex all the time but it wasn't enough for me. I had to sample other women to find out the differences. I was just doing what I had seen my father do. I had sex with three different women in one day. I thought it was great until they all found out and this cost me the one I loved. I spent many years of my life in search of a person like her to love. It is now that I can look back on my past and say that the love I had for her was a perverted love. She was special but I was perverted with sin and lust. This is one of the strong holds that many have in bondage today. We tell someone that we love them and we then go and cheat on them. This is not the way to love someone. After thirty years I recently had the chance to tell my first love that I was sorry for the pain I caused her and she forgave me. I said she was special.

I never said this was a short story. When I went to college I was exposed to drugs for the first time. Marijuana was the first of many for me to try. The problem with drugs is that they help you forget about your problems. And there are many who want to escape from their problems today. The problem with that is, the problem is still there waiting for you to come down from your high. Drugs are band aid that only hides the problem.

After college I began to bar hop and chase the next party. I meet someone at one of these parties and I fell in love with her. The parties continued through our marriage. But it was her this time, who had a perverted love. After two years I caught her cheating on me. This crushed my world. I came home from work one knight to find that she had moved out. She took everything; the furniture, the dishes, the towels, and even the curtains. I felt naked and alone in the world. My neighbors could see me through the windows. About that time it began to storm, earlier the news had been giving out tornado warnings. I went upstairs to find my cloths laying in the floor along with my shotgun. I picked up my gun and I loaded it, I walked downstairs to the front door. I stood there as the storm began to get intense, lighting was popping all around my house. I shouted up into the heavens at God and I said, "I'm done, this life is not worth living anymore. I need to know right now that you are alive and you have something better than this for me." I put the shotgun up to my chin and I pulled my shoe off to pull the trigger with my toe. I shouted, "This is it, what do you have to say?" At that very moment a lightning bolt hit the ground and the lights shut off in my house. It scared me so much I dropped my gun. The storm stopped in the blink of an eye, it stopped raining, it stopped thundering and the wind stopped blowing. I looked out the door and everyone's house was in the dark and all of the street lights were out except the one in front of my house. It was unlike anything I had ever seen before. The street light began to shine on me like a spot light. I said, "God is that you?" This is the part that is hard me to explain because I never heard a voice but he spoke to me in my thoughts and this is what he said, "Yes it is I." I asked him, "Why should I continue on with my life, I hate the world I am living in." He said, "I have a plan and a purpose for you." I asked, "What is the plan and what is my purpose?" He said, "You will have to trust me to find out." at that monument the street light shined on me so bright that it felt like it was shining through me, It was the greatest experience of my life. The light stopped shining and in the blink of an eye the lights came on and the storm began as it once was. I began to shout and dance around in my house, I didn't care if the neighbor saw me or not. I was a live and I just had God speak to me. My body was covered with goose bumps and I felt pure on the inside.

The next day I made my wife eat lunch with me and I told her what had happened to me. She said I was crazy and this would not change her mind and she was not coming back to me. She laughed at me as she walked away. This upset me and it caused me to doubt my experience with God.

You would think I would change from my sinful ways after such an experience, but I didn't. I stayed with my old friends instead. I got back into the party scene. There were times where I would go outside at night and I would talk to God, the problem was he was not talking back to me. I didn't care, I knew he was there and knew he heard me. I began to ask him to send me a woman to love, a woman that would love me back. Know this, God dose hears you. I have learned this over the years, God's answer to some of our prayers, maybe NO.

At this time in my life I was selling cars to make money. One day a friend of mine had a beautiful young lady in his office and after she left I asked, "Who was that?" He said, "She is a friend of mine who needed someone to talk to." The next time she was there I made it a point to introduce myself to her. Soon we became friends and later we were married and now we have three children. We were invited to church and that is where my life changed. Over time I became an elder of the church and I felt God's love, he began to show me things and I heard his voice again. I wish I could set here and say that everything from here has been perfect in my life. This world is full of sin and temptation, trials and tribulations. I have made some great decisions in my life and I have made some horrible ones. I know that God is there for me when I stumble and fall, just as he is there when I have great success. This life is just a test to see what we will choose, will we choose the sins of this world or will we choose to follow God and try not to sin. It is impossible for us to not sin on some level, that's why we need Jesus in our lives, he came so that we can be forgiven of our sins.

I write my books under the name One Sinner for one simple reason, I am just that, one sinner. 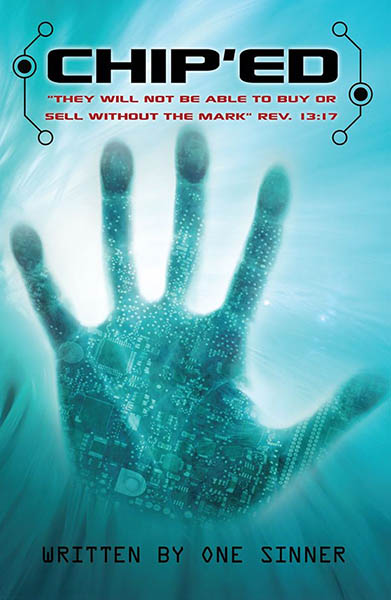 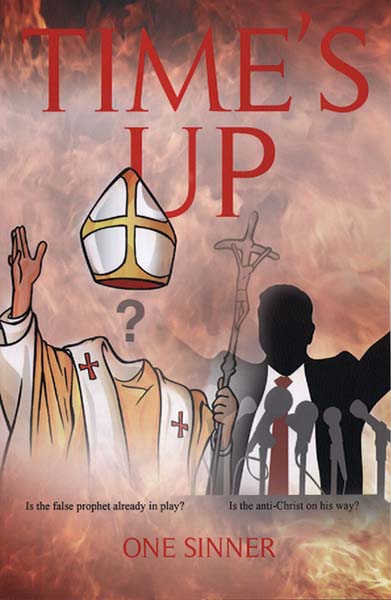